Stuart Hunter’s main focus as a Division Manager is ensuring sustained customer satisfaction. He began his construction career in the early 1980s as an apprentice for JMB Materials, a small but successful waterproofing and caulking business. Soon after, he became proficient in structural waterproofing, exterior weatherproofing and other coating specialties. As a result, Hunter achieved journeyman status and labored for JMB over a seven-year period. Hunter then joined NorCal Caulking as a Foreman/Superintendent and within two years received a promotion to Project Manager where he oversaw multimillion-dollar projects and field crews of 25-plus.

When F.D. Thomas President Dan Thomas acquired NorCal Caulking, he retained Hunter on board as a Project Manager for the Northern California division. As Division Manager Hunter estimates and submits bids to continuously secure work for the company. To date he has completed numerous small and mid-sized jobs, as well as a $3 million project involved nearly 40 workers. His philosophy is short and simple. “If we say we’ll do it, then we’ll do it. Our word is our bond.” 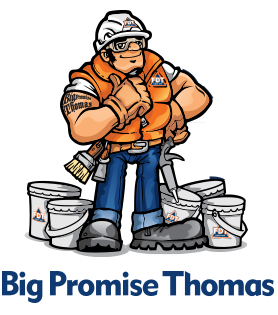